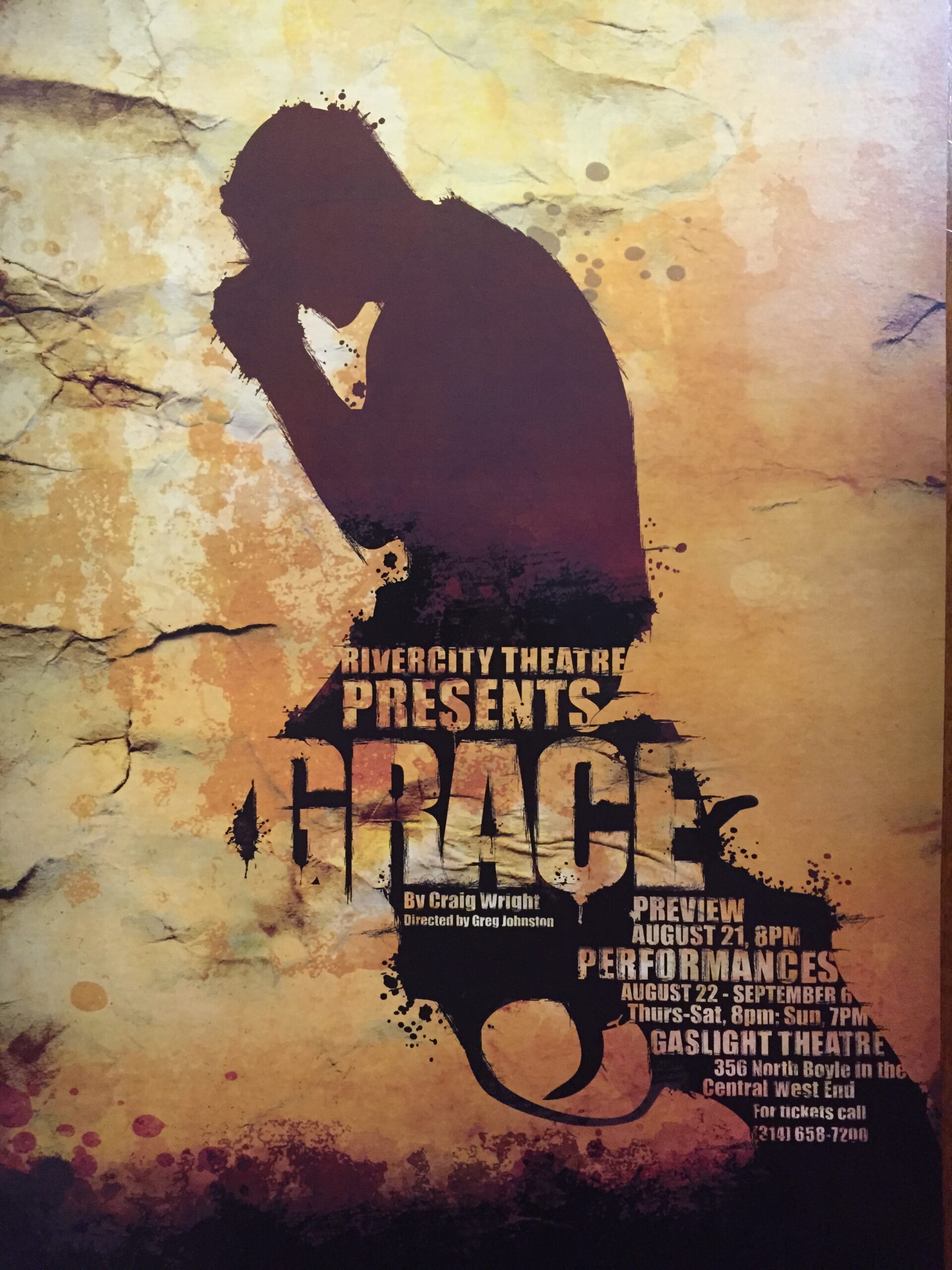 St. Louis Post-Dispatch:  Jason Cannon is touching as a man so committed to the value of faith that he ignores other worthwhile values, such as common sense. Praying with fervor, trying too hard to sell his ideas on God or hotels, scratching his mystery rash, Cannon incrementally builds an awkward demeanor that pays off when he delivers Steve’s last big speech, built around the phrase ‘no way.’ It’s a powerhouse expression of pure despair.

Talkin’ Broadway:  [Cannon’s] final big monologue, about how the Universe first pressed him into spirituality, is so good that you can almost see the stars swirling around him, as he trembles under their sway.

RiverFront Times:  Apitch-perfect cast… Steve’s faith is all he can conceive; from this idea, Jason Cannon creates a man who is not bad, but limited.

Ladue News:  This production of Grace is everything provocative drama should be… As Steve, Jason Cannon simply barges through his uncertain life, accentuating the power of self-destruction…Grace is a provocative but brilliantly etched story that shines in this stellar presentation.