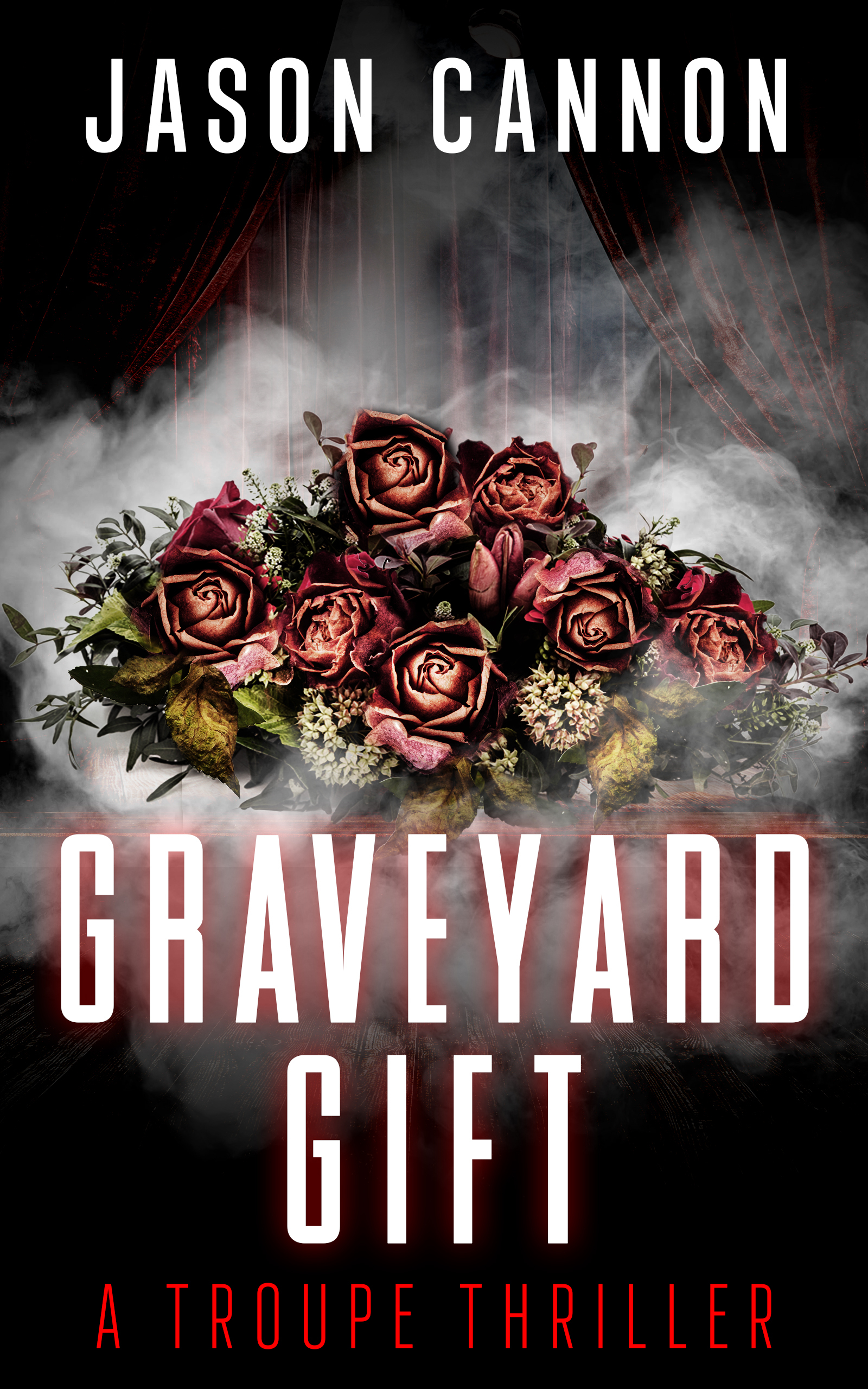 SOME PREDATORS DESERVE TO BE PREY…

Gideon Price is having a hell of a summer.

He’s got the lead role in a hit show at a midwestern summer stock theatre company, and his time away from the TROUPE—a secretive team of vigilantes with vast resources—is proving restorative.

Who knew not doling out justice could be so relaxing?

But then the Producer shows up. The cast and crew wilt like an aging bouquet. Gideon decides to find out why, and discovers the Producer’s horrifying past.

A past that demands justice.

Gideon figures… hey. The mission has come to him. Surely the TROUPE wouldn’t mind if he set a few things right.

But justice is cold. Way colder than midwestern summer. And Gideon’s blood is boiling.

Will he be able to stop at justice?

Or will he add vengeance to the GRAVEYARD GIFT?

The third story in the thrilling TROUPE series, GRAVEYARD GIFT creeps with suspense like fog through headstones. This single-sitting short story is perfect for fans of James Rollins, Lee Child, Criminal Minds, and Broadway plays!