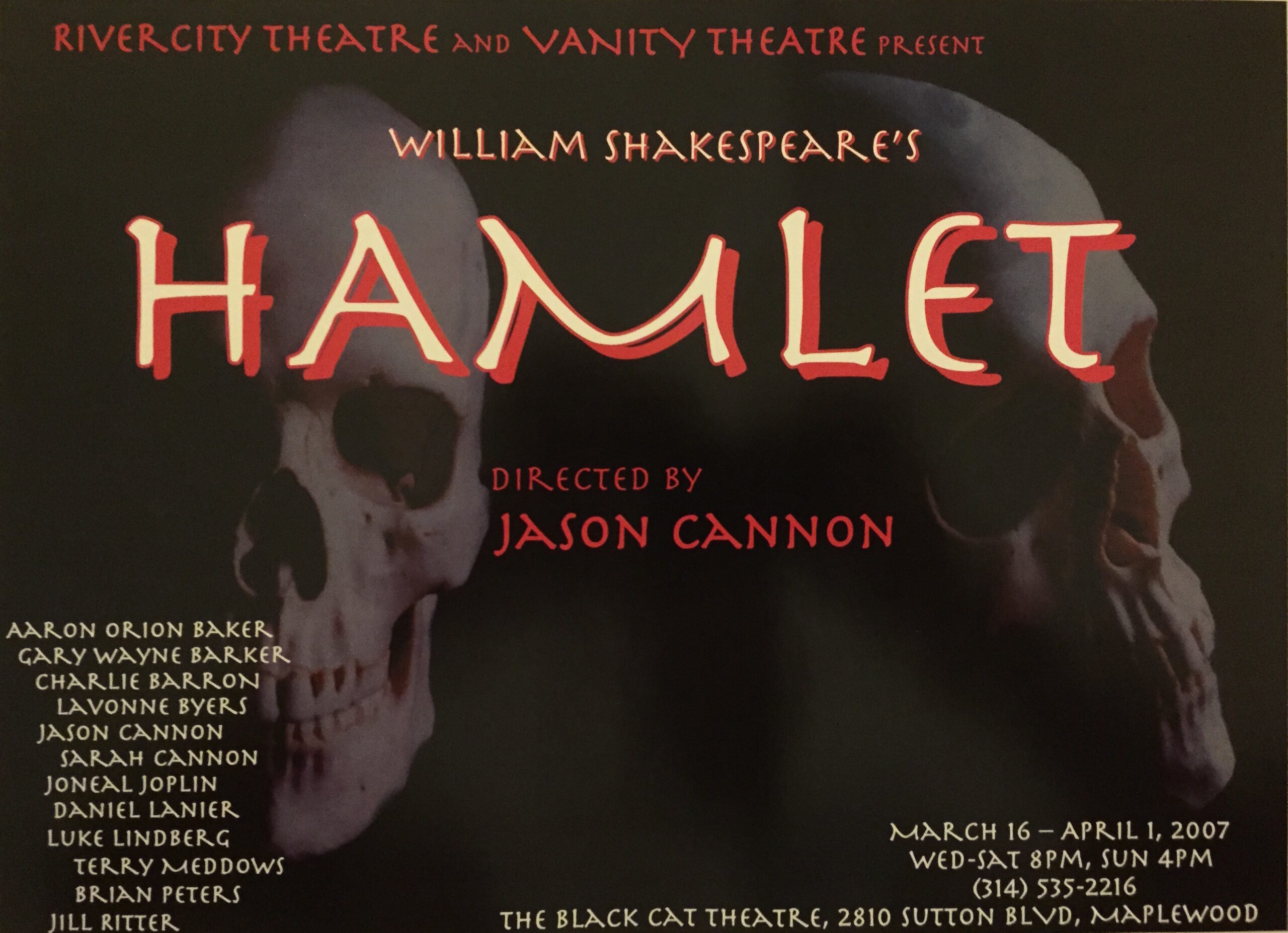 The RiverFront Times:  Cannon seemed to disappear and Hamlet manifested fully. There was palpable menace in his eyes as he sparred verbally with Rosencrantz and Guildenstern, and his confrontation with his mother Gertrude was positively stomach-churning… Brilliant acting elevates this show to a rarely experienced plane of theatrical wonder. The final scene is beautiful and terrible… through a gorgeous piece of staging and lighting, we see the phantoms who have tormented Hamlet and the shades of those he has slain. The actual mechanics of this scene are astounding, so simple and yet so beautiful… [T]he audience receives that rarest of gifts—a moment when actor and audience disappear together in the now, when the play is lost and there is only one soul in all the world… [A]n honest Hamlet, unflinching and vital.

St. Louis Post-Dispatch:  Jason Cannon deserves a medal for the elegant production of “Hamlet” at the Black Cat Theatre. He’ll have to settle for loads of compliments, instead.  This uncluttered production makes “Hamlet” easy to follow, with language that makes sense as well as poetry. Nothing gets lost in old-fashioned frills…Furthermore, the play boasts absorbing, lucid performances.

Ladue News:  As director, Cannon keeps the story moving at a lively pace, while allowing each of his actors the freedom to deliver their lines in their own rhythm… [Cannon] is most effective in Hamlet’s moments of madness, calculated or authentic…a winning portrayal.

Talkin’ Broadway:  As Hamlet, [Cannon] was quite simply outstanding.  Mr. Cannon’s soliloquies, his rages, his complex relationships and humor are…remarkable and magnificent…Each famous speech is a marvel of reasoning and dread.

KDHX:  Jason Cannon plays the Danish prince with a playfulness and ferocious intensity that serves the play well. His readings are clear and precise without the overbearing pretense that can often cloud the text… Cannon [is] able to keep the action moving without it ever seeming too rushed

KWMU:  [Cannon’s] eccentric prince is truly staggering in his humanity and his universality…outstanding… It’s a terrific, winning, superior production, staged elegantly by Cannon…A splendid performance of a true classic.

The Vital Voice:  Cannon…commands the stage.