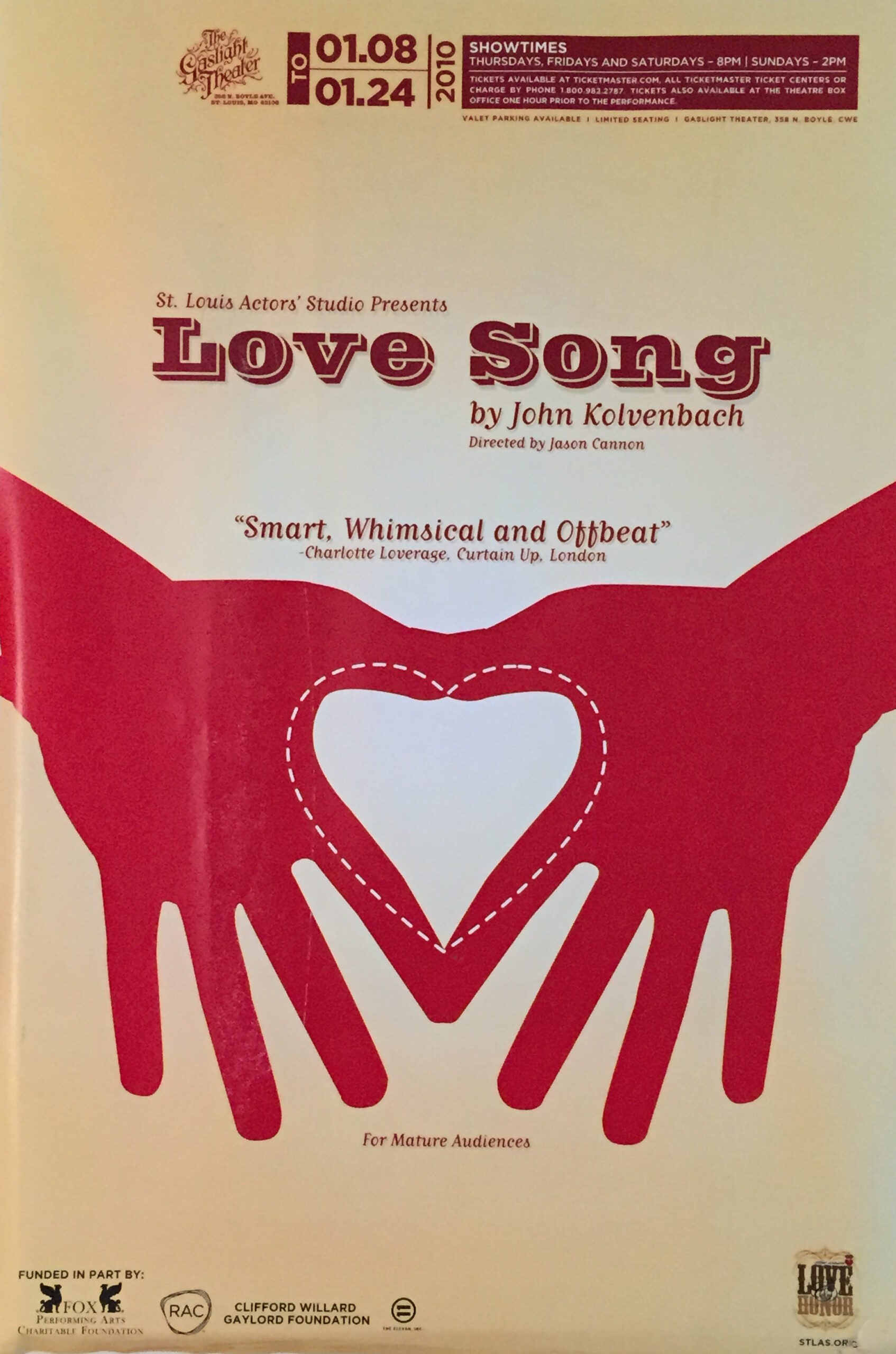 St. Louis Post-Dispatch:  Jason Cannon treats his actors with a light, effective hand. [Actors Aaron] Baker and Sarah Cannon soar… Thanks to [Lavonne Byer’s] comical, unostentatious performance, Jason Cannon can let the playwright’s imagination shine… In an ordinary play about a woman who grows through family challenges (such as a mental illness), Joan would be a heroine. In “Love Story,” Kolvenbach, Cannon and Byers persuade us that she’s simply a person. That’s a harder, more satisfying job.

RiverFront Times:  (Cannon’s) deft handling of the penultimate scene between Beane and Joan is a tender and sharply honest moment between siblings who at last see and understand each other.

Two on the Aisle:  A charming production… Jason Cannon’s direction is very sensitive to the script’s changes in tone, and he keeps the action moving crisply… I really enjoyed this play and this production, and I recommend them both very highly.

Joe Pollack stlouiseats:  Lavonne Byers and John Pierson are delightful, their arguments showing a good ear for dialogue by Kolvenbach and fine direction by Jason Cannon… a strong portrayal by Aaron Orion Baker… richly developed… an interesting play that is quite thought-provoking, with solid direction and acting.

Broadwayworld.com:  The St. Louis Actors’ Studio’s current production is a charming and provocative delight, buoyed by a talented cast and sharp direction… Jason Cannon’s direction is smartly conceived, and the cramped confines of the stage actually work to enhance the mood, literally closing in on Beane at one point. Cannon keeps the banter lively, but also finds the heart at the center of this material… a funny and thoughtful presentation.