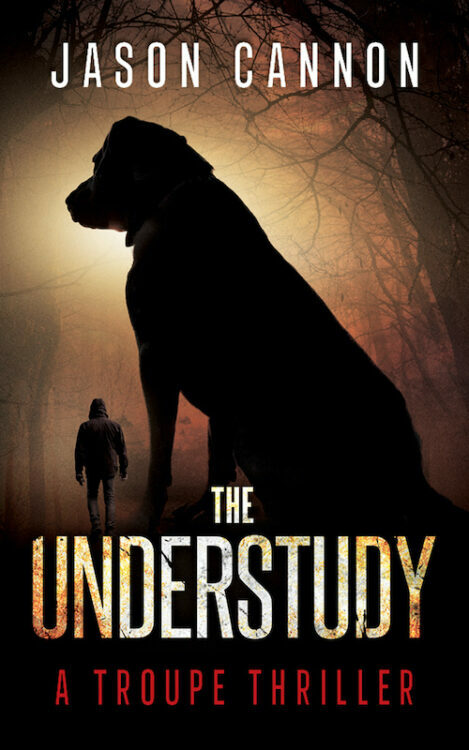 EVEN THE LARGEST DOG COMES TO HEEL...

Banshee is a hundred-and-twenty-pound Rottweiler. After a lifetime of battles in a savage dogfighting ring known as the Pit, she hates humans. Wouldn’t you?

Stan Kane is a retired Green Beret. He loves dogs. Went to war with them. Prefers them to people.

So when Stan learns of Banshee and the Pit hidden up in the Georgia mountains, he goes undercover to take down the Pit and bring Banshee home.

The only problem? Retired Green Beret Stan Kane can’t act worth a damn.

When his cover gets blown Stan turns to the TROUPE, a secretive team of vigilantes with vast resources. He asks for intel and weapons. They also offer the Understudy. Stan says no. He wants to do this himself.

But if Stan gets caught there’s no torment the Pit’s packwon’t inflict. So the TROUPE unleashes the Understudy, and the result is a battle the likes of which the Pit has never seen.

The second story in the thrilling TROUPE series, THE UNDERSTUDY is an action-packed page-turner sure to have you howling for more! Perfect for fans of James Rollins, Lee Child, Criminal Minds, and Broadway plays!

A tightly woven thriller… with lots of twists.